Vertical farms promise to boost food security, reduce emissions and do away with fertilisers – and they are springing up across the UK

The only way is up for the UK’s nascent vertical farming industry. Promising hyperlocal produce with a tiny environmental footprint, the sector is blossoming amid rising grocery prices and concern about the climate.

The Dutch sustainable agriculture specialists One Farm is the latest firm to seal a deal to build a vertical farm in the UK. It will turn a disused Suffolk warehouse into a facility for growing leafy greens at scale.

Meanwhile, in Gloucestershire, the Jones Food Company is preparing to open its second vertical farm, having cut the ribbon on one in North Lincolnshire in 2019. Backed by the Ocado Group, the facility in Lydney will – the company claims – be the largest of its kind in the world. It is due to open in autumn.

On its 6,400sq metre site near Newmarket, One Farm is aiming for an annual 415 tonnes of leafy veg, herbs and salad crops – and is banking on a phase two expansion to stretch output to 1,000 tonnes. The Jones Food Company’s new facility will be about twice as large.

One Farm’s CEO, Mira Merme, said innovation and investment in food production technology was vital to improve food security in the UK and combat an over-reliance on imports. 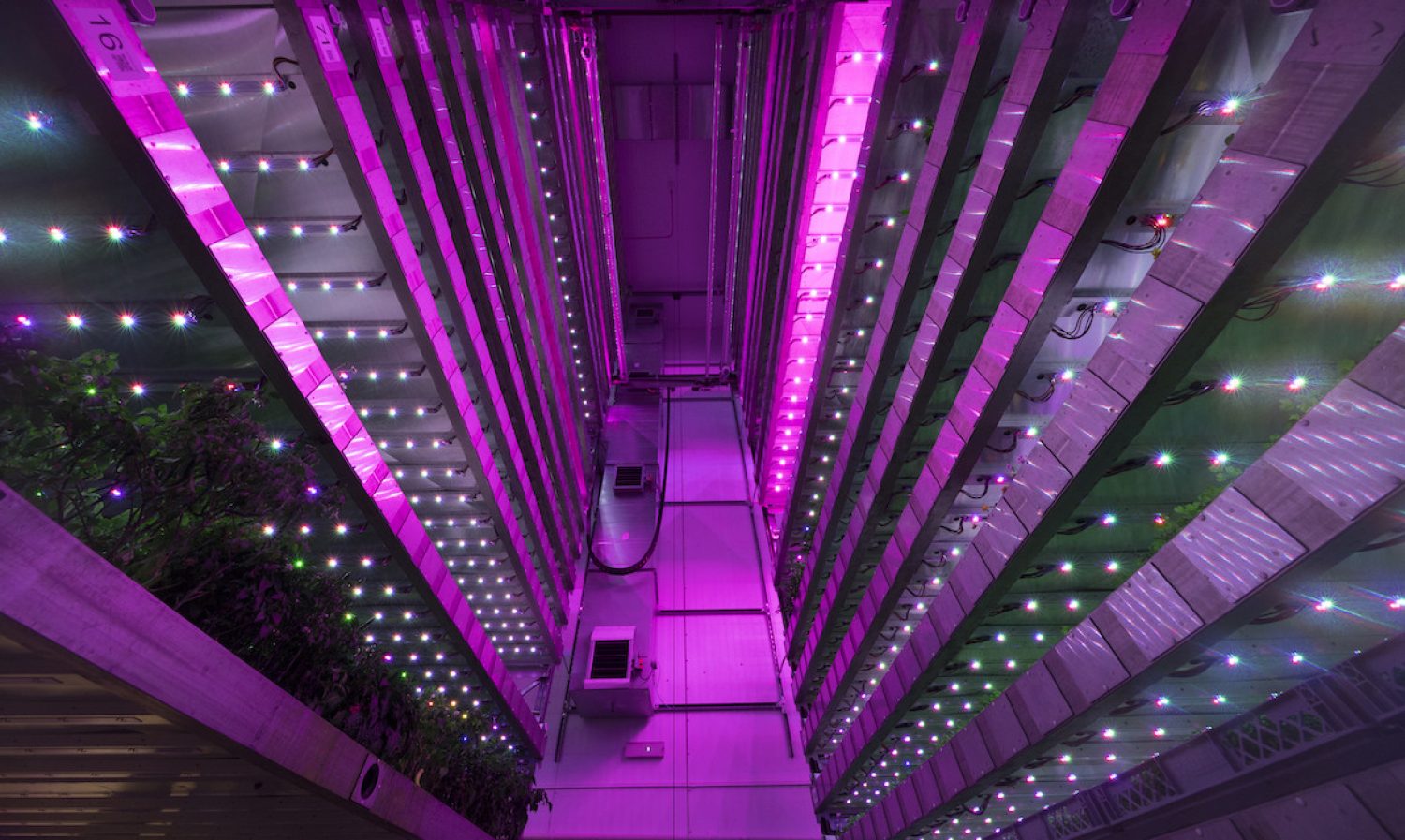 Banks of LEDs provide light for crops, which are grown without soil. Image: Intelligent Growth Solutions

“The UK really needs additional food supply,” said Merme. “As an example, the UK imports about 80 per cent of its spinach. Fruit production in France and Spain was down about 40 per cent this year because of weather impacts.

“There’s no question about it – what the papers have been saying about food shortages is just a taste of what’s to come. The need for food is just enormous.”

Vertical farming can also improve the sustainability of crops.

“From an environmental perspective, vertical farming allows us to grow in 17 layers, so every acre becomes 17 times more productive,” said James Lloyd-Jones, the Jones Food Company’s founder and CEO. “It allows us to grow entirely without pesticides and using 95 per cent less water. And it means we can significantly reduce the air and road miles of the foods we grow.” 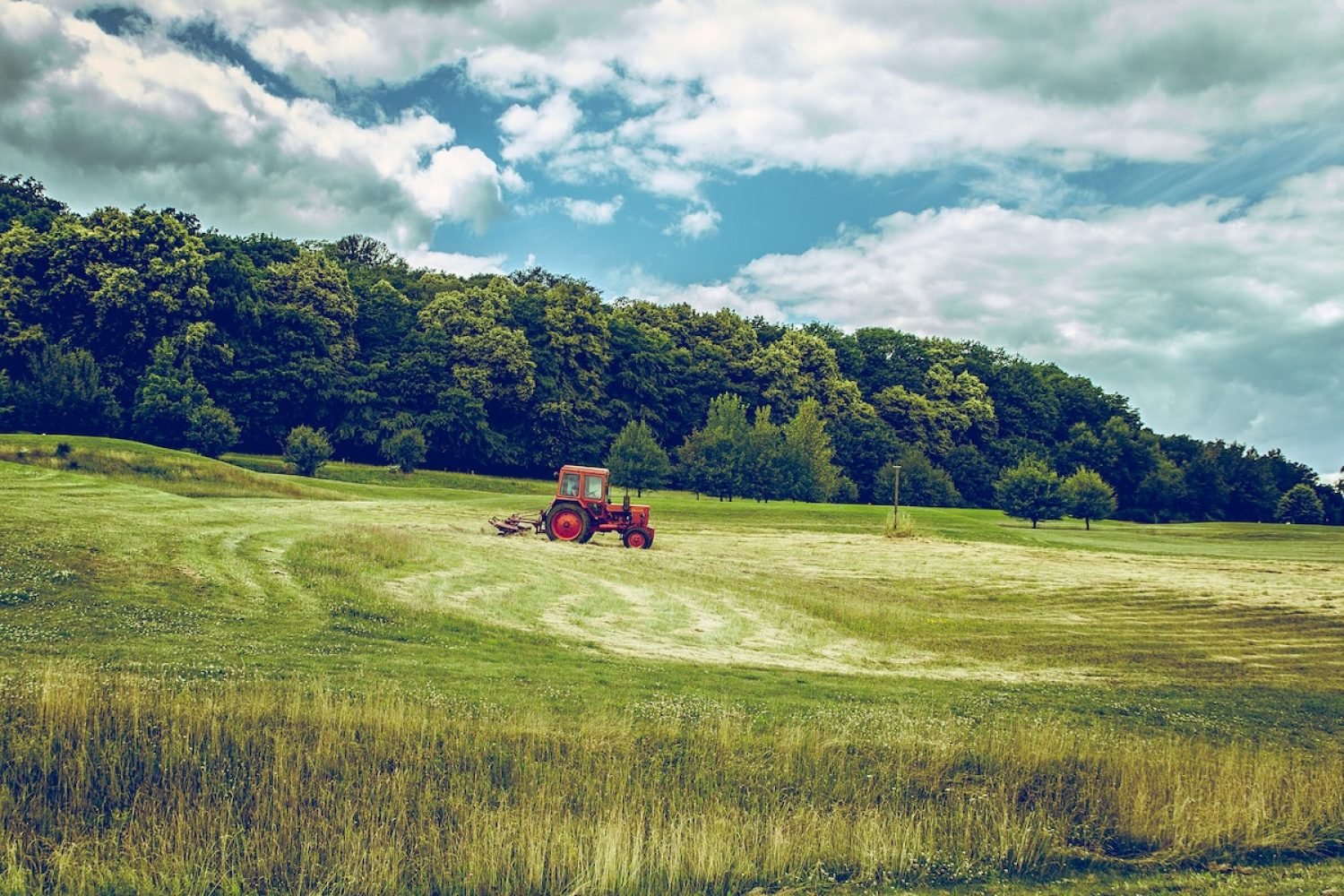 Merme agrees. In place of soil, she says, One Farm will grow crops in recyclable substrate and feed them using recycled water. The method removes the need for pesticides and genetically modified seed stock. Ambient temperatures and lighting will be maintained, as much as possible, using renewable energy.

“We will get to net zero. We’re not there yet, but we will get there. However, we don’t use tractors and we’re close to our customers so our carbon footprint is very small,” added Merme.

Although One Farm has a global outlook, the focus – Merme noted – has to be local. To that end, the company plans to develop 25 sites around the UK, feeding and employing people who live close to its farms. “If you don’t provide locally it defeats the purpose,” she said.

Growing indoors means crops are spared the whims of increasingly erratic weather patterns, and the farms’ dynamic LEDs mean the light spectrum can be tweaked to boost the nutritional value of plants.

Vertical farming allows us to grow in 17 layers, so every acre becomes 17 times more productive

However, despite its appeal, Merme stresses that vertical farming is not intended to replace traditional methods. Although there is, she said, room for change.

“We’re just another type of farming,” she explained. “It’s all very well to think of us as tech, but actually the aim is to produce very high quality, highly nutritious and affordable food with almost no impact on the environment.

“Given that agriculture is a major piece of the climate change puzzle, we absolutely need to change the way agricultural production is occurring, and move away from a carbon-based system.”

2 minute read Natural organisms found in soil and their use as novel fungicides, is being explored in…