Sean Lee, co-founder of E-farm, explains how he is changing people’s perceptions of farming by growing organic vegetables in the city using innovative methods.

Lee got into organic farming as a way to produce fresh vegetables for his father – who has a skin condition that means he needs them as part of his daily diet.

The 20-year-old CEO is also a student of e-commerce at Asia Pacific University in  Malaysia and says he plans to follow through on several business ideas in the next decade.

“The main problem,” he says “is the fertiliser and pesticides used in (conventional) farming, and that my father’s immune system is working against him.

“So, I decided to grow my own vegetables for him, ” said the bubbly young entrepreneur.

Sean always had a love for rearing fish in aquariums, but did not like maintaining and cleaning the filtration system, which is why aquaponics worked for him. 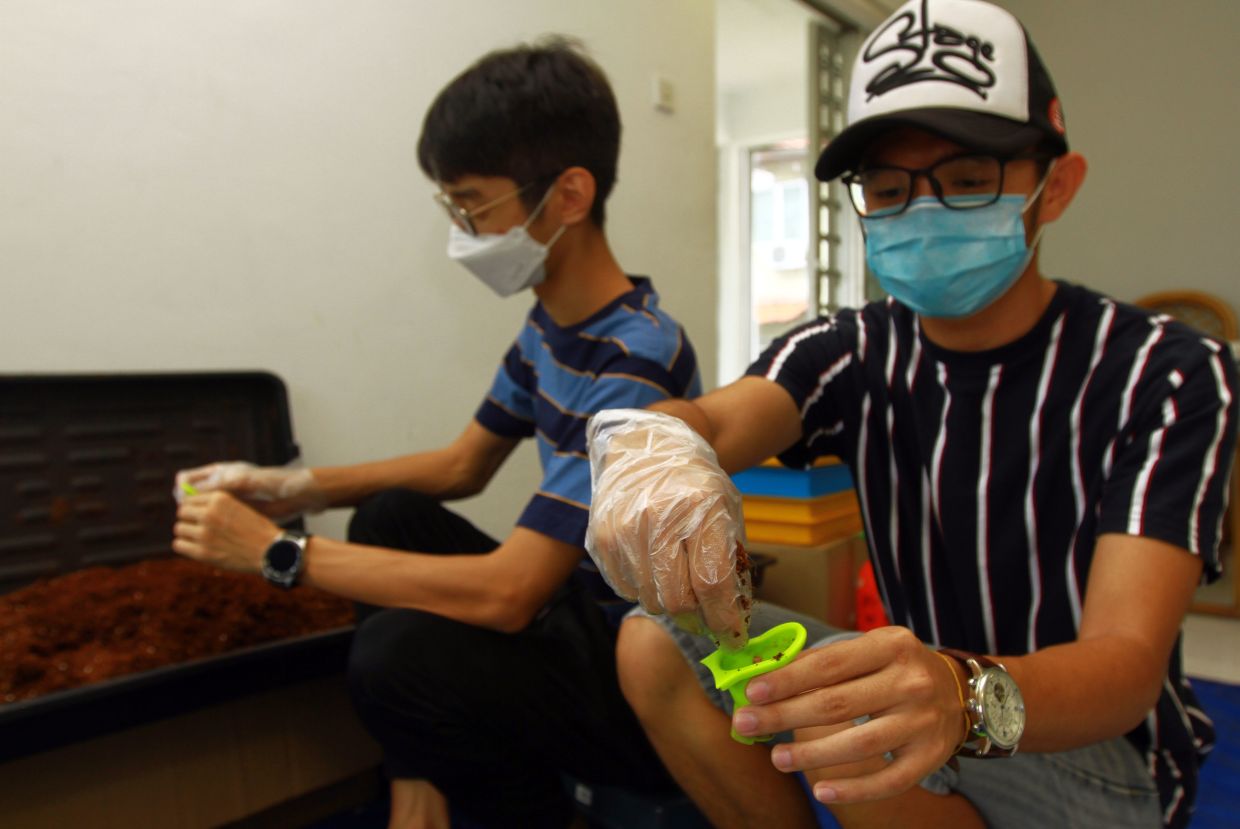 He started his aquaponic project with one fish tank, a makeshift filter and two vertical plant towers that had spinach, curly kale and bok choy.

“Kale is rich in antioxidants, so I gave this to my father and his psoriasis healed a little, ” he said.

He set out to start aquaponic farming on a corner lot house with a big garden that could fit a 92.9sq m greenhouse to grow 25 types of vegetables and herbs.

It took two months and the help of many property agents to locate the ideal site to start his aquaponic farm, after scouting in Petaling Jaya, Subang Jaya and parts of Kuala Lumpur.

As you step into the split-level greenhouse, the first thing you will notice is the pond full of healthy red tilapia.

An automated feeder is stocked with fish pellets, and the fish are fed every three hours between 10am and 7pm.

Sean said their fish pellets were custom-made to not contain any antibiotics or growth hormones.

“The fish are also fed vegetable scraps from unsold vegetables at the farm.

“Red tilapia are a common breed of fish used in aquaponic farming. 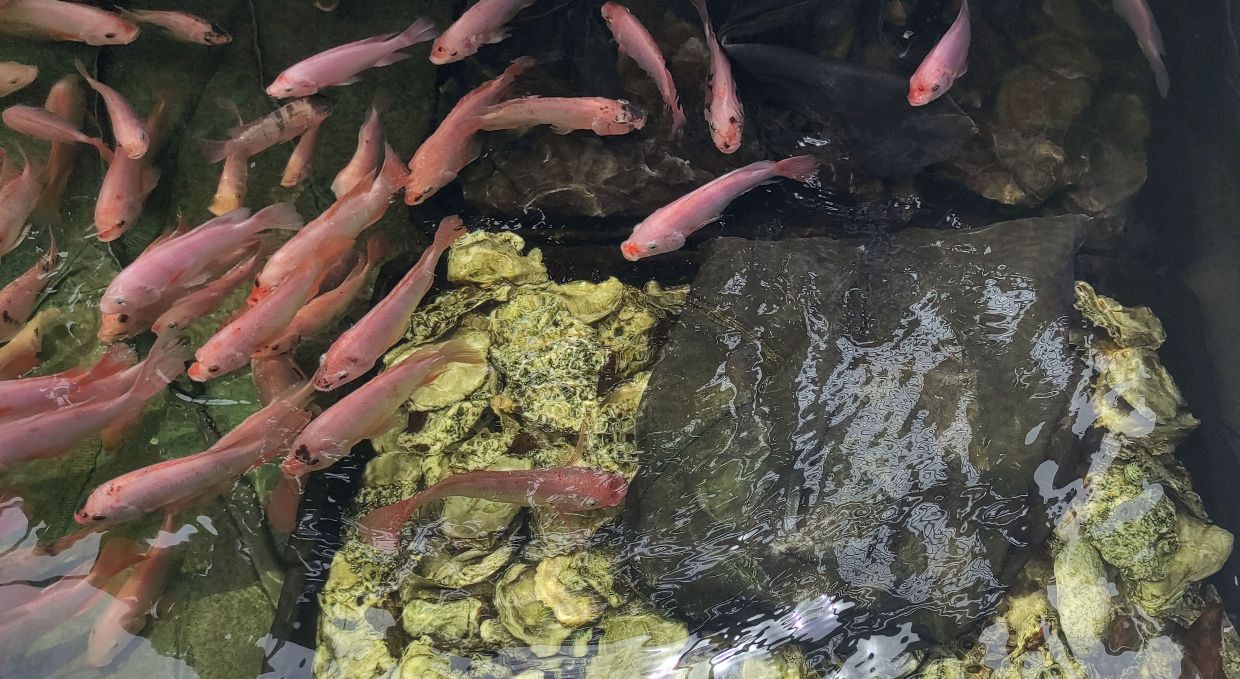 Oyster shells in the fish pond provide an optimum Ph level for the tilapia to thrive.

“Patin and koi fish can also be used for aquaponic farming, ” he said.

The oyster shells in the fish tank contain calcium and act as a buffer to maintain the optimum Ph level of 6.2 to 7 in the water.

The aquaponic process starts with vegetable pellets that are fed to the fish and their waste produces ammonia. The waste is then pumped into the filtration system to remove the solids.

The ammonia-filled water is pumped into the biotank, which is an “apartment for bacteria”, with a big surface area.

“The bacteria will consume the ammonia (NH₃), and will change it into nitrite (NO2-) and nitrate (NO3-). Nitrates are what plants need.

“The ammonia and nitrite need to be at ‘0’ optimally, as both are poisonous to the fish.

“The function of the biotank is to negate the ammonia and nitrite, ” Sean explained.

The nitrate-rich water is pumped into the power system, where the plants absorb all the nutrients from the grow beds and multiple aisles of vertical trickle towers.

The water from the tower will slowly make its way down into the pond system and from there it feeds the fish again.

He has 120 vertical towers with each holding 90 plants, totalling 10,800 plants overall.

The eight grow beds underneath the towers are a space saver, he said.

“Every inch is crucial for optimisation, ” he added.

The grow bed uses clay balls, called hydroton or light expanded clay aggregate (LECA) which is a substitute for soil.

Sean said the system only runs on one water pump which means their electricity bill was kept at a reasonable amount, averaging about RM500 a month while their water bill was RM15 monthly.